AFM is a scanning probe method based on the forces between atoms or molecules (for example, the van der Waals force). In the experimental setup, a pyramidal tip at the end of the so-called cantilever is brought to a small distance to the sample. If the tip is very close to the surface, it is repelled, which can be detected with a reflected laser beam and a four-quadrant diode (Fig. 1). The xy-scanning as well as the change of the z-position are realized with piezoelectric devices that control the sample position. 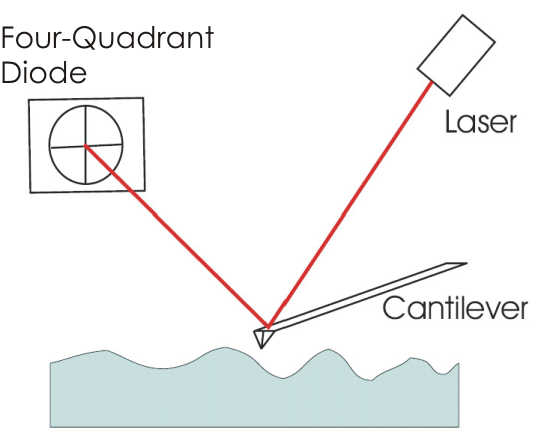 In the constant force mode, the z-position of the sample is adjusted to get a constant force during the scan. The z-values are then used to calculate a 3D image of the surface.

In the tapping mode the cantilever is controlled to perform oscillations close to its resonance frequency. The z-position of the sample is adjusted to get a constant oscillation frequency of the cantilever. Compared to the constant force mode, this has the advantage of less lateral forces on the sample and surface damage is avoided, however, also the disadvantage of a lower resolution. 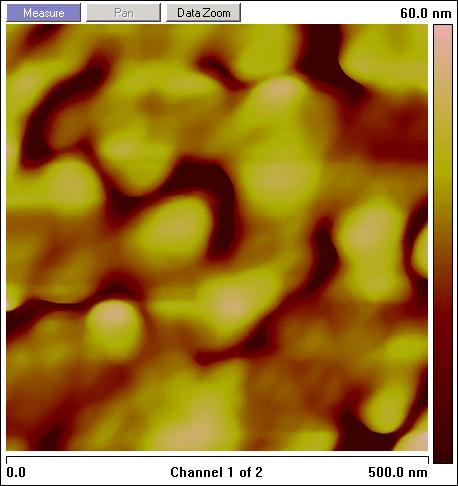 A lab course about atomic force microscopy is supervised by the working group.